15 Best Places to Visit in Somalia:

With FCOs and foreign offices across the globe still advising against all travel to the war-plagued, drought-prone, and poverty-stricken lands of Somalia, it’s perhaps difficult to see how this nation on the tip of the African Horn will ever be open for business again.

But with all-new military offensives against the pockets of Islamic extremism in the works, a stable government in place (the first since the end of the Somalian Civil War), and recent drops down the rankings of the fragile states index, there might just be a glimmer of hope at the end of the tunnel.

And if those hopes ever do come to fruition, intrepid folk can rest assured there’s plenty to see here.

Ranging from the urban sprawl of Mogadishu to the cloud-toped, camel-spotted peaks of the Cal Madow ranges in the north, this country is untouched and undeveloped; a picture of what Africa once was before the onset of mass safari-going.

best places to visit in Somalia:

Ask anyone in Hargeisa and they’ll tell you that the city isn’t a part of Somalia at all, but rather the self-proclaimed capital of Somaliland – a break-away state that’s been governing on its own, without the sanction of Somalia’s federal government or the United Nations, since 1991. And while the political machine that’s housed in the mansions of Hargeisa officially doesn’t exist – at least in the eyes of outsiders – there’s plenty to be said for this onetime vassal of British East Africa.

For starters, the place is relatively peaceful and non-violent.

There are honorific monuments to the great struggles with Siad Barre’s totalitarian rule in the 90s, and signs of law and order not found elsewhere in the country: traffic lights; police; even the occasional tourist! Leading us neatly on from our last hotspot, the Laas Geel reside between the dusty ridges and hills just on the outskirts of the Somaliland capital, Hargeisa.

Home to some of the earliest cave paintings ever discovered on the Horn of Africa, the various alcoves and underground tunnels here display a raw and haunting vision of prehistory in these parts.

You’ll be able to make out colourful motifs of cattle, artistic renditions of shepherds tending to their flocks, and even what’s thought to be deified cows! The best thing though? The Laas Geel is hardly developed at all, leaving visitors alone with history.

Carrying on the Somaliland (as opposed to Somalia) theme, the town of Zeila (also known as Seylac) beckons adventurous travelers to the far-flung north-western corner of the nation, where the dry and arid land of sand dunes and rocky hills crashes into the pearly blue of the Aden Gulf.

Sat just a stone’s throw from the Djiboutian border, the spot can only really be accessed by 4X4. Once in, visitors are treated to a mosaic of ruined Muslim palaces and aged colonial facades, standing like dust-caked spectres of a bygone era.

Others will head to the gorgeous Zeila Coast, where rusting ship carcasses pepper the shore and the rollers of the Indian Ocean spray whitewash into the air.

The first half of the fabled Zeila Archipelago to make this list is also the most visited of the six islets that lurk just a stone’s throw from the coast of Somaliland off the ancient city of Zeila.

Having only recently become one of the country’s rare national parks, this one’s got everything from sparkling coral reefs to bays of turquoise water, ivory-coloured beaches to craggy peaks of sandstone rock.

You can expect to see kaleidoscopic schools of fish under the water, where the exotic creatures of the Red Sea mix with the larger animals of the Indian Ocean to create a real show of marine life.

Aibat (Ceebaad in the local tongue) Island is another part of the beautiful Zeila Archipelago.

It pops up from the waters of the Indian Ocean just a couple of miles past aforementioned Sa’ad ad-Din Island, showcasing the same tropical medley of mangrove-fringed rocks and pearly-white beaches.

The sea is no less packed with mind-boggling marine life here, and there’s even a rustic lighthouse thrown into the mix.

Avian life is another of the main draws, and there are countless species of fascinating birds to see flitting through the sky.

Once trodden by Ottoman imperialists, and having reigned as a focal point for traders from right across the Indian Ocean basin – from as close as Arabia and as far afield as Mumbai and Goa – the city of Berbera is closely linked to its mercantile past.

It’s a history that was made possible by the presence of one of the few deep-water ocean ports on this section of the African Horn, and today, the city is still known as the major harbor in the area.

Locals will champion Berbera’s gorgeous desert-like backcountry, along with the sun-kissed beaches of Batalale and Bathela that fringe the Gulf of Aden close to the town.

One of the major attractions in the autonomous region of Puntland in the northern reaches of Somalia, the ancient settlement of Iskushuban has crenulated walls of dust-caked stone and beautiful arabesque fortifications from centuries gone by.

It’s thought that the spot was one of the main powerbases of the Majeerteenia Sultinate that ruled the very tip of the African Horn for much of the 19th and 20th centuries.

However, history aside, most people come here to see the waterfalls, which gush when in season and hail in as the second largest in the country!

A land of waxy palm trees and golden sands, where the slow wash of the Indian Ocean kisses the shore and stilted bungalows of bamboo shoulder their way into the coconut groves, you might think that the Lag Badana-Bushbush National Park is a veritable paradise.

And, actually, it is.

Or at least it would be, were it not for the brutal conflicts that have engulfed the southern regions of Somalia where the reserve makes its home.

These have gone from the civil war of the nineties and noughties to encounters with extremists today.

When they end, perhaps this wonderful land of tropical beauties will be on the menu once again.

There’s no avoiding this tricky subject: Mogadishu is a city of warlords and marauding gangs (usually all rumbling over the pot-holed roads with a forest of AK-47 barrels rumbling with them!). In fact, there’s barely been a safe moment in Somalia’s capital since the tenuous end of the civil war, which raged in various forms here until 2012. However, there are some signs that things are beginning to change.

Turkish investment in the Aden Adde International Airport have seen huge renovations, there are now flight routes to Istanbul and Dubai, and there’s always going to be potential in throbbing Bakaara Market, and that gorgeous Mogadishu Old Town, cascading down to the Indian Ocean in a dash of crenulated Italianesque mansions.

The largest in the nation, they cascade over the sheer-cut cliffs of the Cal Madow ranges, which line-up against the Gulf of Aden and cross Puntland, Somaliland and the northern fringes of the country.

Breathtaking to say the least, these natural wonders have carved their way through the ochre-hued rock of the earth, made deep plunge pools at their bottom, and crafted curious mineral formations beneath their flow. 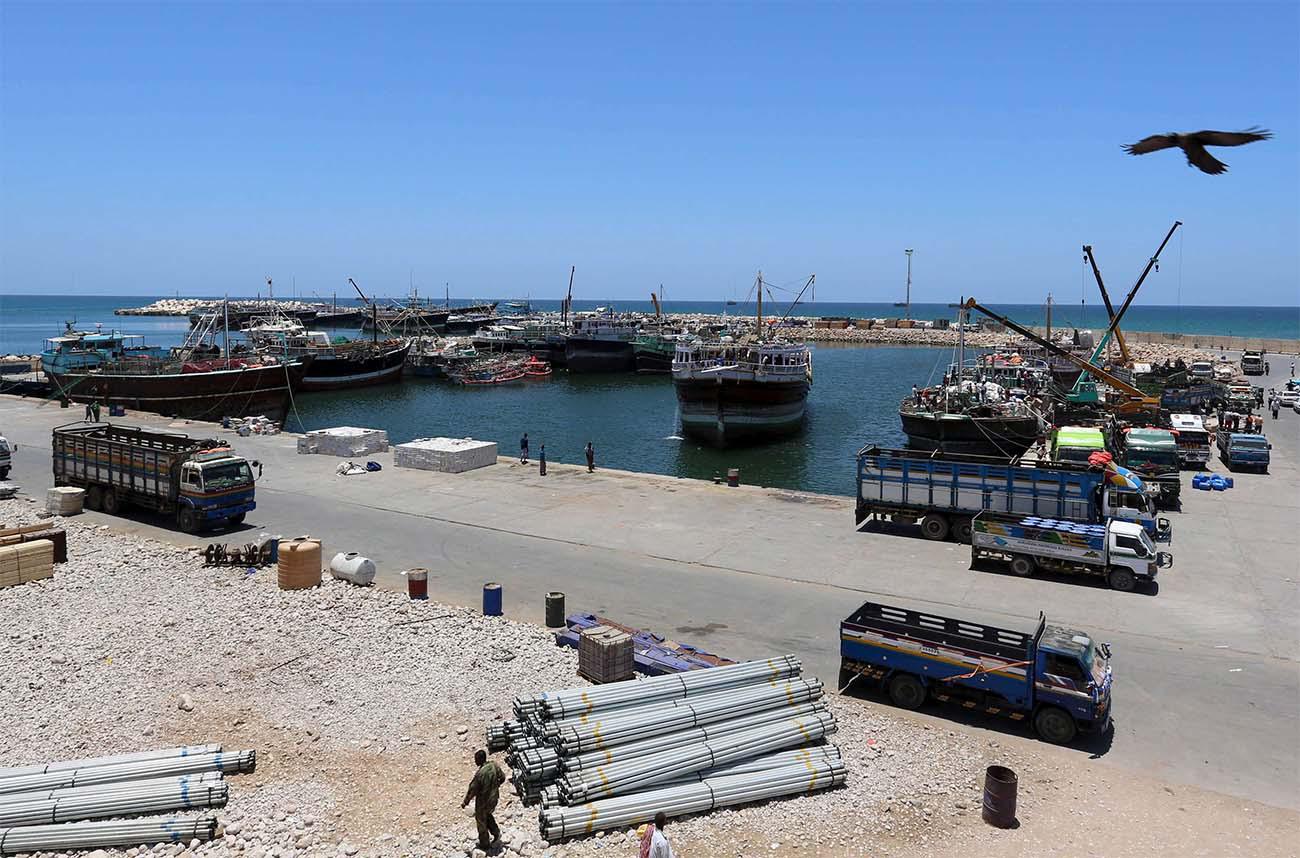 The energy and action of Bosaso emanates directly from the huge seaport that fringes its coastal reaches.

The main and largest harbor in all of Somalia, this city of 700,000 has boomed considerably in the years following the end of the civil war.

Industry and enterprise have taken over, there are new schools and infrastructure investment, and Dubai funds have recently plumbed millions of dollars into the local airport too.

And then there are the sandy beaches that line the shore to the east and west of town, the rugged peaks of the Cal Madow that beckon hikers to the horizon, and the local ostrich farms in the desert – see, there’s plenty to do!

The Xaafuun of today is just a shadow of what it once was.

Put simply: the history here is grand and immersive.

Just to give you an idea, fragments of Mycenaean pottery from the Heroic Age of ancient Greece have been discovered in the dusty nooks and crevices of this town, while relics of the Majeerteen Sultanate pepper its headland by the multitude.

In more recent years, the place has taken on an industrial veneer, with fishing conglomerates and Italian mining multinationals replacing the onetime spice depots with a less-than-attractive sprawl.

Xaafuun really is a place to wallow in the more illustrious past. 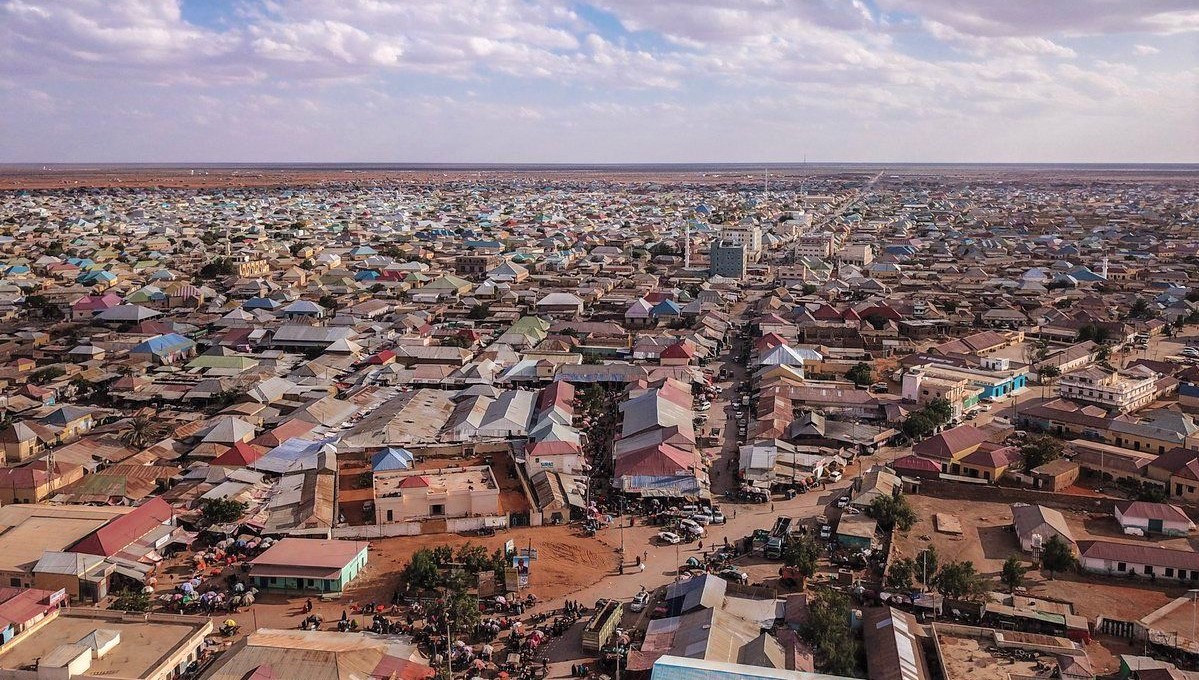 The epicentre of Somalia’s much-championed federal system is actually a divided city.

In the north, the self-proclaimed state of Puntland (yep, there’s more than one de facto government in these parts!) controls the order of the day, while the southern bulk of the town is under the auspices of the Somali government proper.

However, if you’re not much interested in Somalia’s intricate governmental past and the structures now propping up the state, then it’s likely there’s nothing of real interest in this dusty town – not that you’d go there nowadays anyhow! 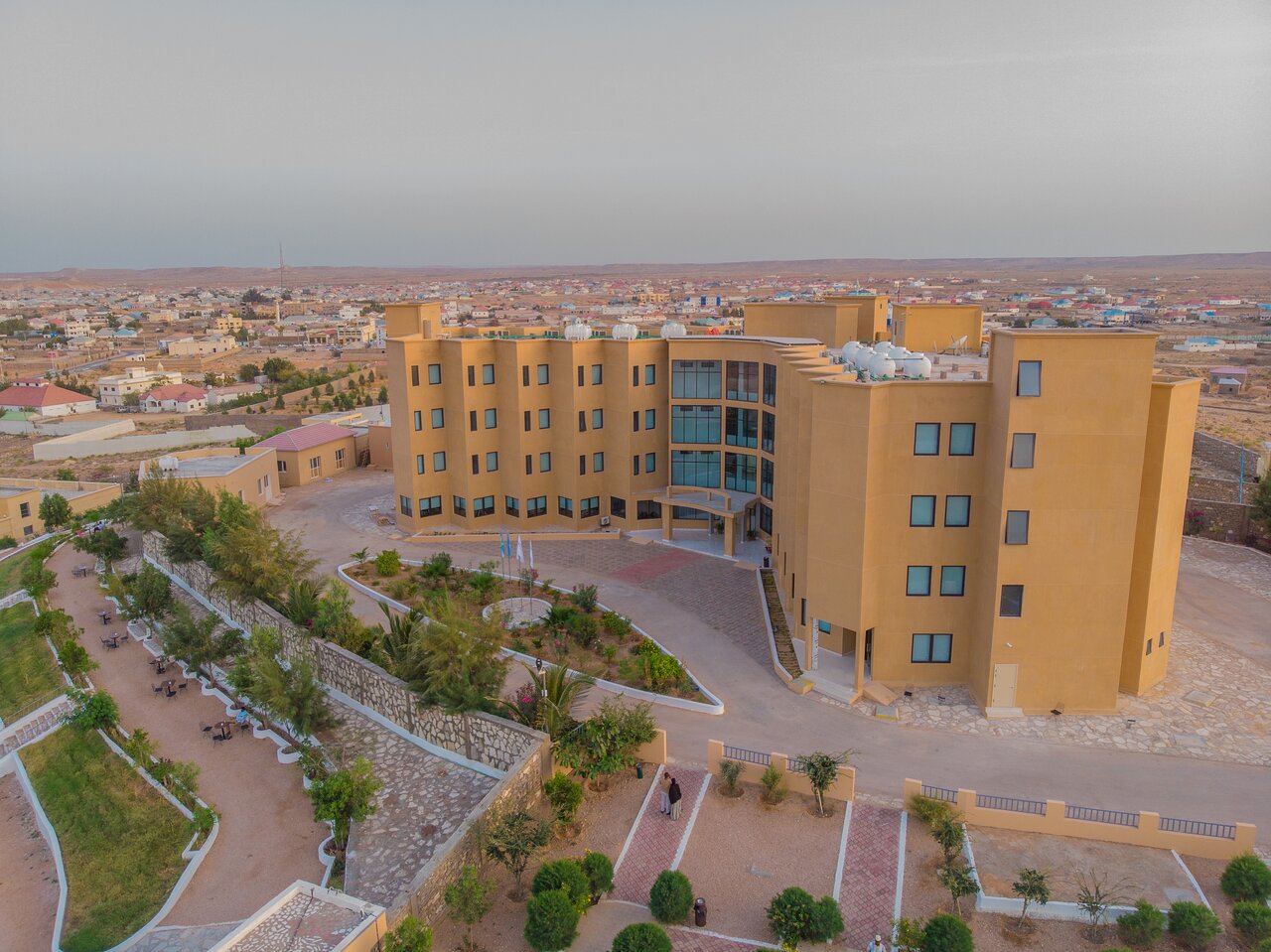 Garoowe is the municipal center of the autonomous state of Puntland, which claims hegemony over the northern reaches of Somalia and the tip of the African Horn.

Developing fast, the town has sprouted new libraries and paved roads, NGO offices and even hospitals in recent years.

Historically, it was one of the urban centers that formed the Majeerteen Sultanate, before coming under the control of Italian Somalia in colonial times.

Few of the old relics remains, and Garoowe is now a town looking firmly towards the future.

Although now encased in the war-torn southern region of Somalia, there was a time when green Bardera figured as one of the nation’s agricultural kingpins.

Set in the gorgeous Jubba Valley that cuts right through the heart of this part of East Africa, it’s encompassed by countless farming communities that produce leather and dairy and more.

Also before the start of the sectarian violence here, people would come to see the pretty steel Dutch bridge and the winding courses of the Webi Jubba River.

For full enquiries on all places to travel in Somalia, do not hesitate to contact us.

Department of Tourism Developed by Mwenge